Free postage & packaging on all product orders over £50.

Mindfulness Walking – whats it all about ? 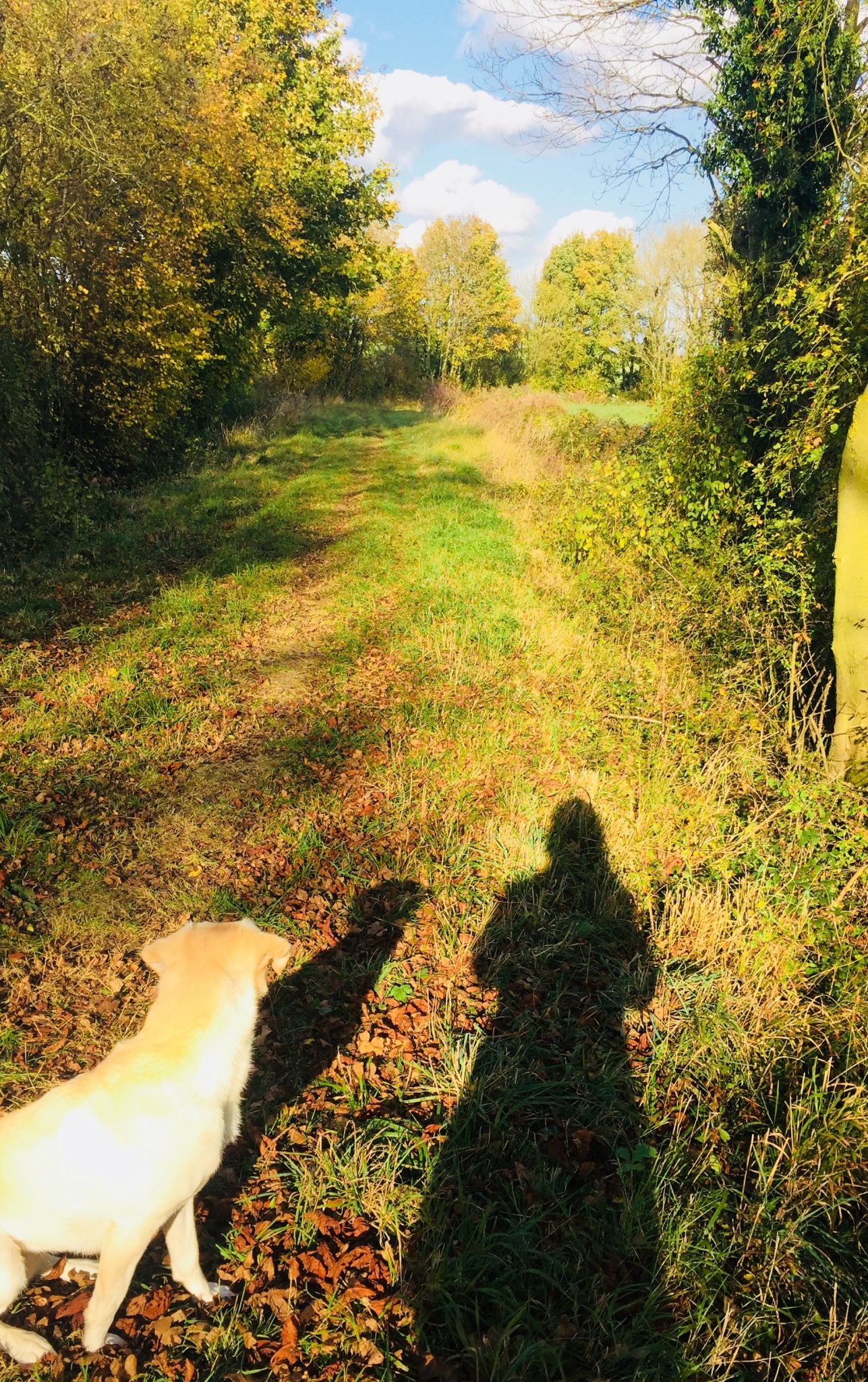 “One gal and her faithful companion”

Well it turns out that I ruminate and formulate ideas for the blog whilst out walking the dog and yesterday was no exception.

What can I say, it has been a week of extremes. Such happiness at all the gorgeous feedback from you lovelies about my blog and some low points brought on by the sometimes exasperating experiences that come with bringing up three teenagers (the guilty party will remain nameless – she knows who she is !!) anyway my working week had rushed to a close with a scramble to get everything done for the weekend. Know that feeling…. ?

So I had a half hour left in which to get the dog walked, grab something to eat and pull myself out of my blog brain and back into being a Mum again. Armed with an oat bar in one pocket and a jar full of smoothie in the other I set off into the sunlight (yes, yesterday the sun did shine… see photographic evidence at the top !).

With my face pointing up to the bright light like a sunflower my brain started whizzing (I bet you know that feeling of a never ending to-do list that is constantly on repeat in your mind) with ideas popping about like firecrackers I had to really reign myself in and turn down the volume for a bit. I reached for my earphones and plugged in to listen to some music but instead of my usual playlist of summer holiday songs and bonkers get up and dance music I listened instead to a Spotify Playlist of 100 Classic Piano pieces. Well, all I can say is, what a revelation. My sympathetic nervous system flicked the switch into the parasympathetic side (* I know some of you are not interested in the science stuff but if you are scroll down to the bottom) which has been sorely lacking of late and I found myself in the midst of a mindfulness walk, at least I think that is what it was. Although I do practice mindfulness (who doesn’t love the dulcet tones of Andy, the founder of Headspace) but not as regularly as I would like, but deep down in my subconscious a bit of experience had rubbed off and was loitering about in the depths of my brain.

I was so amazed that simply by turning off the usual background noise in exchange for a calmer, more peaceful classical music, gave me a moment to enjoy and really absorb my surroundings, notice the change of the season, do a bit of yogic breathing and bask in the sunshine (you gota chase after that Vitamin D when ever it appears !!).

So when you next feel that vail of stress start to take over I highly recommend just flicking that switch and stepping outside for a walk and bask in a sea of soothing classical music as it really can energise you. It cost me nothing but my time, put me into a much more relaxed and positive mindset for the weekend and to top it all I cracked walking the dog, eating my lunch, doing my exercise for the day and had a much needed chill out all in one – multi tasking ladies, lovely job.

*As there are so many different types of Mindfulness, whether it be breathing,  walking or other types, I though I would leave it to Mr Google to guide you. It does have to be practiced regularly though to begin with so your brain develops the muscle memory. This will later allow you to just flick the switch into the parasympathetic when you need to – our bodies are so clever aren’t they. Good luck with your practice if you decide to learn, it will serve you well. xo